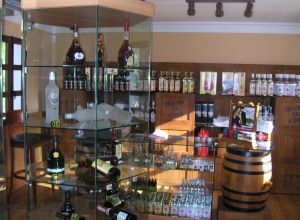 My husband and I saw the Rum Diary this past weekend.  The critics do not like it, but I do.  The movie is based on the first and only Hunter S. Thompson novel, written in the early 1960s, though not published until 1998. 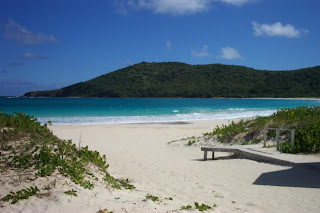 The movie offers a thinly veiled autobiographical peek into the early Thompson’s psyche. To any person seeking to understand a bit more about the not yet gonzo journalist while he was still finding his footing as a writer the film will be intriguing.  Of course we will never know for sure what aspects of the novel and now film were and were not based on actual experiences of Thompson, but the feel is right at many levels.  I have not spent tons of time in Puerto Rico but I spent a month there, and scenes were reminiscent of things I experienced there living on a regular old street in a beach town and on a nearby island and bombing range, Culebra, where I vacationed for a few days while in the area.  The bombing range features prominently in the plot although it is never named in the film.

For later born Baby Boomers, of whom I am one,  Hunter S. Thompson was an iconic figure as we came of age.  And even though the timeline in this novel takes place before some of us were even born, the life and work of Thompson such as Fear and Loathing: on the Campaign Trail 1972 and his regular articles in Rolling Stone during the 1970s framed many of our views on political events and on popular culture.

Late Boomer Johnny Depp (b. June 9, 1963) isn’t alone in his belief in the importance of Hunter S. Thompson as a writer and cultural icon to those of us who polishing our world views at the height of Thompson’s influence.  The proto-gonzo, parts of the male anatomy to the wall, journalist in this film rails against the same nemesis that was enemy to counter culture when Late Boomer political psyches were forming and enemy to the 99% today:  greedy and heartless capitalists (not all capitalists fit this description) and complacent media that care more for advertisers and bottom lines than the need to report the truth.

This is not a feel good movie.  There is no happy ending.  There are cock fights.  The pace of the plot mirrors the stifling heavy tropical atmosphere.  The film is sooooo Thompson with its short term belief and passion and its long term pessimism.  See it.   Not a great film but a necessary reminder about a life that shaped a generation.