Just got back from Phoenix where Barack Obama was well received by a political crowd different from any I’d seen before. Hard to describe, but this was not your standard all gung ho backers with a few shills thrown in to yell hateful oppositional things. The air was filled with what I can only describe as sincerity, belief, and hope. It didn’t feel staged. But I’m ahead of myself.

First stop today before leaving for Phoenix was a quick stop in a fast food place where this lovely woman, who told us she was a retired nun, was delighted to have her handmade and from the heart Obama tag photographed. Isn’t she lovely? 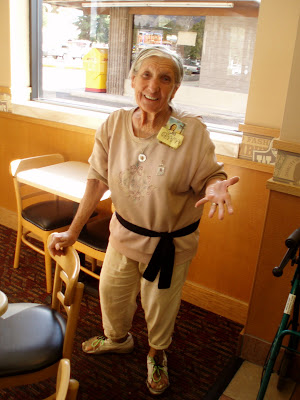 The first speaker was Raul Grijalva. Interesting that when speaking in Phoenix you have to bring in a Tucson /Yuma Congressional Representative. 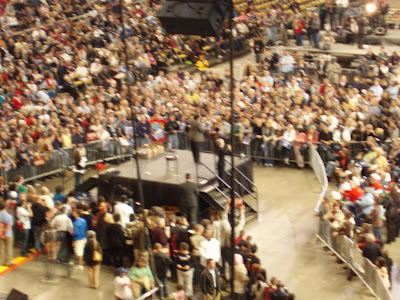 And Caroline Kennedy and Janet Napolitano. 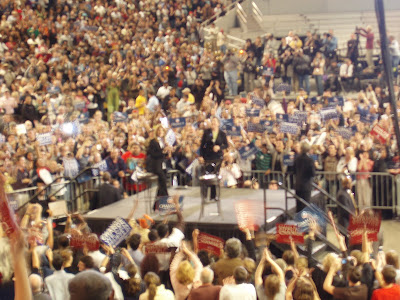 The arena (State Fair Grounds) was packed — of course the section behind the podium (what the media cameras would see) was filled first and the sections they’d readied for attendees (about 3/4 of the arena) filled and they had to open the rest of the area. I take it that was a good showing. It seemed that way. 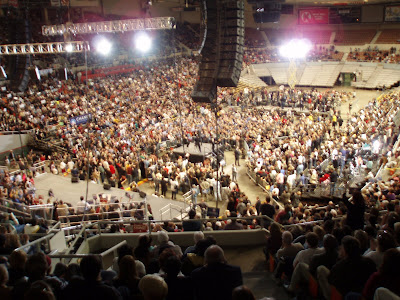 I have to admit that a few weeks ago I was undecided as to how vote in the primaries. Edwards or Obama? The situation changed. And you know what? I don’t feel like I have to hold my nose to vote. Oh, we have to push as hard as ever, and apply as much pressure as it takes to convince our leaders that our troops must come home now, and it doesn’t mean we don’t have to change our government so that our Republic once again reflects the democratic principles upon which it was founded. 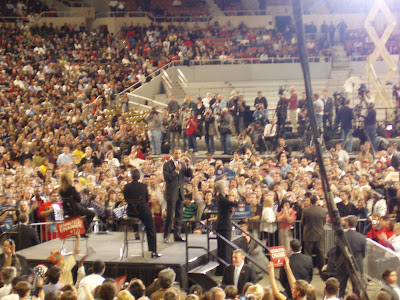 Given the choice between Obama and Clinton, there is no choice. Obama it is! 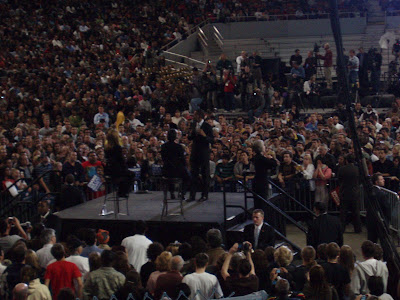 I think this pic will be the one I associate with the Rally. It is her life that we are fighting to make tolerable in the near future and improve dramatically for her children, 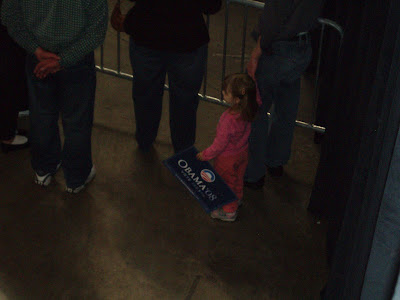 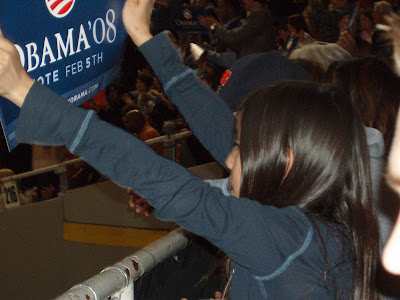 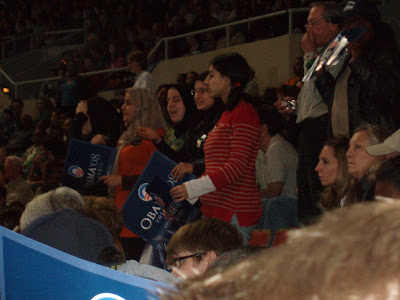 buildpeace.blogspot.com
Previous Post: « AZ Liz found NOT Guilty!!!!
Next Post: Ann Wright Speaks on the Costs of Conscience and Tucson Judge Shows Justice Can Have a Conscience »