See what it is like with CODEPINK at a hearing. This is very much like my experience when I was in hearings in Jan -Feb of this year — except the police appear to not be arresting or tossing out quite as readily as they were when we were first there.

Lest we forget, these are just normal women. Liz from Phoenix. Lori from Indianapolis. Sue and Nina from NW Indiana. The current peace movement has spread into and grown deep roots in the heartland. The peace movement has always been in Indiana due to the presence of significant religious peace-oriented communities, and now is no different. Fort Wayne has peaceful activists from North Manchster, Indiana being arrested in Lugar’s office. Hammond has activists outside Bayh’s office being arrested for reading the names of the Indiana War dead.

These photos are from the Hammond action outside Bayh’s office. 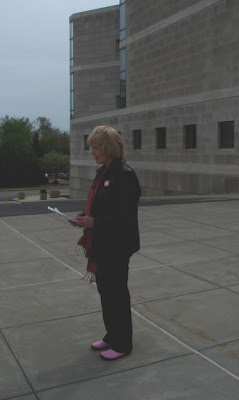 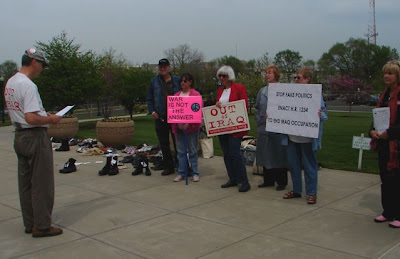 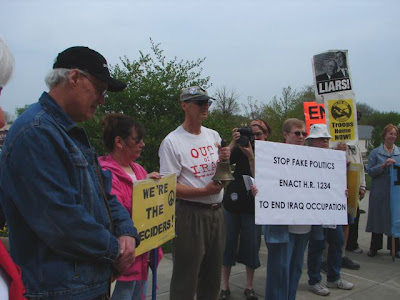 We are not going away. We’re just Jane Six Pack and we we’re taking our country back.