F is obviously for female and feminine, but also for a woman’s passion for research and discovery as exemplified by the Fairy Lights of Madame Marie Curie.

“One of our joys was to go into our workroom at night; we then perceived on all sides the feebly luminous silhouettes of the bottles or capsules containing our products. It was a really lovely sight and one always new to us,”  –Marie Curie
Uranium ore, thorium, polonium, and radium are all radioactive and the Curies worked with them all, in fact they discovered the last two.  Marie was the first woman to win a Nobel Prize; she actually won two Nobel Prizes.

Cover from the comic, a biopic graphic novel, The Radium Fairy, by Chantal Montellier and Renaud Huynh.   Published 2017 by Europe Comics. For  sale by Comixology.

For most people Marie Curie is just known as Madam Curie and if they know anything about her, they probably know that she worked with radioactive materials.  But that is probably about it.
So here are a few nifty facts.

Marie Curie had such a productive, rich life that it  seems a wonder that more of her work, and her theoretical, practical, and technological discoveries are not well known.

The carrying of radium in pockets, and its placement on night stands, by the Curies in order to admire and use the lovely blue green glow produced by radium certainly shortened Marie’s life.  With today’s knowledge of how radiation interacts with living tissue, it is tempting to note the ignorance of the careless researchers.  It was not just the Curies  who did not understand the harm that could come with exposure to radiation. 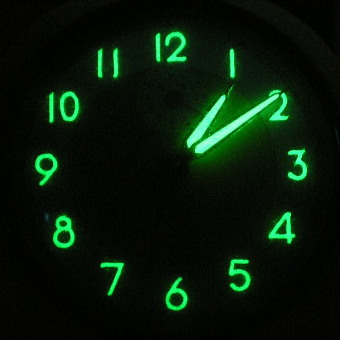 I remember watching the hands move ever so slowly around the dial on a manually wound alarm clock numbers in the darkened bedroom where I was supposed to be napping as a little girl.  I was too old for naps, but my mom made me lay down and learn to tell time by watching the clock if I did not want to nap.  This took place around 1960 or 61, so radium-coated clock faces were still around and available then. Phosphorescent paint is now used.
The use of the illuminating element in paint, and the illness, suffering and death that workers who painted watch and clock faces by hand in the 1920s  provides  basis of the film, Radium Girls, which will debut April 27th at the Tribeca Film Festival.

Problems from other radioactive materials are relatively common.  Water supplies in Arizona, and other uranium mining areas, have been and continue to be contaminated with deadly run-off.  And of course there is the problem of nuclear reactor accidents and radioactive waste.

But the fairy lights were magical.