Day 14 in nablopomo blogging month, day 5 after septoplasty surgery.  The headache I’ve had for several days is lessening but my heart is heavy.

People come and go in every person’s life, but no where is this more evident than in a college town.  Tucson is a military town, a tourist town, and a university town.  Together all these towns have created a fairly large city.  I know lots of people here, but I do not have many close friends. People come and go here all the time  My first friends here were post docs and graduate students connected to my husband’s campus department.  I was the matron of honor for one friend who was a post doc., I stay in touch with her.  Other friends who have moved away are Facebook friends and I see them occasionally.   Other friends slipped off into independent lives in other states and are only known through the rare bit of updated information a friend of a friend conveys. 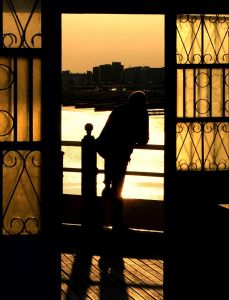 That is how someone I will call Miss A. was, a friend with whom I’d lost touch.  Back in the 1990s she was very good friends with a good friend.  That is how we met.  She was the youngest of the women who would participate in celebratory ladies’ nights.  We were wild and crazy women who marveled in each others intelligence, wit, and attitude.   We drank too much, stole keys from those who wanted to drive and shouldn’t, and thought we were immune from the problems that follow such actions should they become habitual.  Some of us were.  She wasn’t.

We did not know they had become habitual for Miss A.  They had.  She was 38 years old when she died from liver disease this past Sunday morning.  Did she also have Hep C from improper tattooing? Maybe, we won’t ever know unless someone from her close family chooses to share that information  with us, which isn’t likely. She moved away, married, had children and drank herself to death in the matter of a little more than a decade.   She is the second woman I know who was associated with a college department community who killed herself drinking.  I’m wondering if there was a department culture, or if that is just how campuses are.  Were we bad influences on her? Why did we not all head in that lonely direction she chose.  Several of us from that group had parental abandonment issues and we didn’t all feel the pull to escape as she did, our children seem fairly normal, fairly healthy.   How could a mother kill herself slowly in front of her children?  How could you do that to a child?

She was so bright, so vivacious; she should have been a physician, but she didn’t have the support system to pursue that path.  Support systems.  I hear that her family did try an intervention.  Sometimes you have to push away from a family to have any chance at a normal life, but without family what kind of a normal life can you have?  And there are religions that pile guilt on individuals and have differential expectations for men and women and different types of men and women.

Previous Post: « How Much Blog Bling is Too Much
Next Post: Boortz Calls for Violence on the Same Day Giffords Leaves Hospital and Arivaca Family Murder Trial Continues »