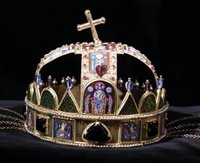 Previous Post: « Counter the Nazis in Orlando
Next Post: Corporate Control Is the Problem…. with Ports, the Media, Health Care, and Government »