My post 10 Things Lists – Should Content Be Organized This Way? over at my business website should more than count for today’s post towards meeting my NaBloPoMo requirement, but I’m not sure it does, so here goes.

I usually find the blogging challenge to be a great way to motivate myself to write something early in the day to get me going toward work.  But writing multiple blog entries can be difficult.  Ideally I would like to have so many articles back-logged that this does not become a problem, but today it might. I’m not in the best of moods, today.

I don’t usually write about personal, ongoing challenges – other than depression – but I’m changing that today as I think if this blog is to be of any real use to anyone other than for purposes serving prurient interest by family and friends (Hi all!) then I should be honest. 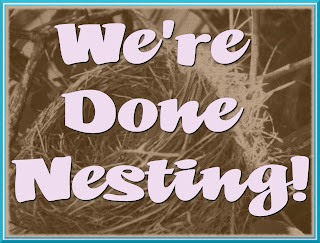 Dear,  dear Hubby has not really clued in to this fact, although I have told him in many different ways, that I am working in my office all day, every weekday, and some other days too, from now on,

commencing this past Monday, the first week I am home after my husband’s return from Sabbatical and after my b-daughter’s move across country.  I’ve tried to gently and consistently let him know that if he comes home and the house isn’t clean, which it never is – this is ME talking after all, that it just means I’ve had a productive work day.

But very morning so far this week he has let me know there are pressing tasks that must have my attention today.  They were pressing, no doubt about it, but I still bristle when he acts like a supervisor and checks in to see that I have enough work, from him, to keep me busy all day.

Yes, some of this is because I am “at home.”  But he did this in a slightly different fashion when I worked full-time and was on-call 24/7, had a small child, led a Girl Scout Troop, and was part of a Girls Soccer support group,

There are many, many times and ways he could have conveyed the same information without alienating me.  And there are probably still some ways I could learn and practice to not let these behaviors bother me.
But the truth is, until large chunks of money start coming in from my work that are at least as great as what he makes, he won’t take me seriously.  That has always been a problem.  I will not ever see any different behavior from him.  Remember, this is the guy who told me before we married that his career would always come first, but that does not make it any easier to live with now than it did almost 23 years ago.  My take then was, “Well, at least he has a career!”

Aside: My ex routinely lost good jobs and the last time he did it was so he could stay home and make sure I didn’t leave him.  Needless to say, that did not work.  By comparison Hubby was a gem.  And in many ways he is.  He is a world class scientist who has done novel work in neuro-pharaceuticals that will make life better for countless generations to come.

And no this does not come straight out of The Donna Reed Show, or maybe it does?  Was Donna Reed married to a Dr.?  If so, then it does apply.   Physicians, veterinarians, scientists and other “powerful” professional careers with hefty “respect” and sometimes hefty salaries often have blinders that seem to distance them from “regular” life.

Aside: But salary generalization isn’t the case for research scientists who are usually at universities and receive only a fraction of what industry would pay them but who are committed to original, boundary pushing, ground-breaking, research.

Some of my friends think I’m crazy to put up with this rather old-fashioned behavior, but to me marriage is a life-long partnership unless there truly are irreconcilable differences.  I don’t think our problems are irreconcilable.  I am not even convinced that the behaviors with which I have problems are from old fashioned gender expectations but rather from the hierarchical culture that exists in the scientific academy.  But something close to this situation is something with which many “empty nesters” have to deal in one fashion or another.  Behaviors that might have been passed off as “just the way it is” become reframed with the new context that develops when the care-taking functions that had been centered on the child or children cease to be daily considerations which significantly shifts the behavior of those folks who were care-takers.

So, in short, my first week of work on my “new” career, has thus far encountered a few rough spots, but I have been successful overall.  I will talk about some of those successes tomorrow.