Wednesday November 2nd was jam-packed with protest all across America and Tucson was no exception. The World Can’t Wait March is well covered at the Tucson Indymedia site.

But there were actions throughout the day at many locations in Tucson. I received some photos from my friend Susan of “Die In” that was held in front of the Military Recruiting Office on Speedway that morning. Protests have been ongoing on Wednesday mornings at this location for three years.

Protest and street media are essential to conveying information that isn’t conveyed in corporate media. We who engage in alternative media are patriots and serve the same function as the town criers of old. “It is November 2005 and all is not well.”

Thank heavens people are beginning to realize that the flag belongs to all Americans and that you do not have to believe in the things our leaders say and do to be a patriot!

The majority of Americans now feel that an unjust war in our name diminishes us all and brings us closer to a barbaric world where life is not valued. And we are now beginning to understand that people are being tortured to death in our name, and that our children are being used as cannon fodder for a lie. 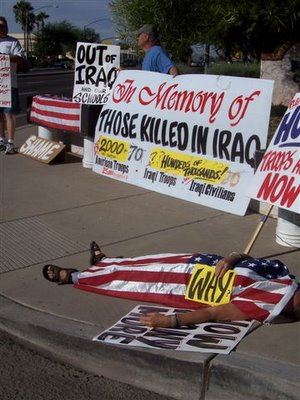 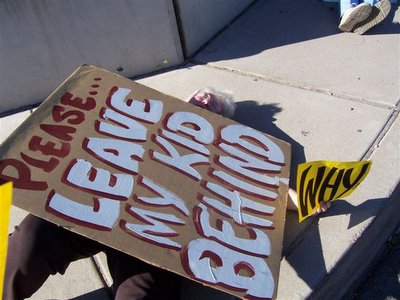 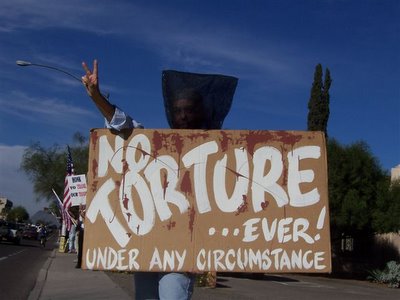 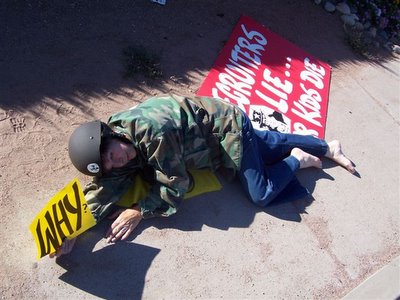 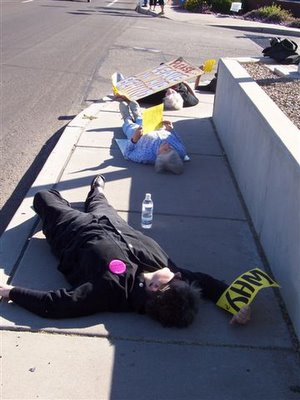