My friend Ellouse sent this link to a very moving video to encourage people who may not attend a vigil tonight to honor the 2000 American soldiers who have given their lives in Iraq thus far. God/Goddess preserve us; it made me sob. It took me back to being a child in 1968 with a brother in Vietnam. A brother who was in Hue and Khe Sahn.

It’s funny but so many folks who support the war presume that folks like me, who believe you have to put more effort building peace than preparing for war if you want to have a world in which it is fit to live, know nothing of war, weaponry or down and dirty reality.

I just spent an hour out at a major intersection (Grant and Campbell for you locals) holding a sign that said, “2000 Too Many!” on one side and “2K Why?” on the other. Only one guy tried to engage me in conversation about “What would happen if we just pulled out?” I understand the danger. But I also remember the evacuation of Saigon.

So at the same time I’m watching images from the funerals of some of those 2000 I also received an email from a friend who runs a security firm that contracts its services to companies in Iraq. He’s back in the states recovering from an injury in an IED attack. He sent me this link from military.com This was worn by one of his guys. 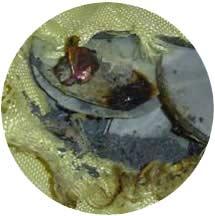 I pray that he and his group suffer no harm. But so far that hasn’t worked. Look at this link and the picture of the equipment that saved one guy’s life from my friend’s company… unfortunately three others were lost. They are not counted in the 2000. I think private contractor deaths are around 250. 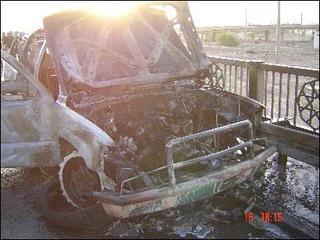 But what I wonder is why there are two levels of troops. Private and Public. Contractor and Service Personnel. And why don’t our military troops have this type of protective equipment? Private wars and private forces… gives me the shivers.

I am a patriot. Hell, I’m qualified to join the DAR. My family has been here since frigging 1630. (Longer if you count the First Peoples in my Ancestory.) I take my duty as an American very seriously, way beyond any political affiliation. I am apalled that the people occupying the White House apparently were involved in treason. Robert Novak reported the identity of a NOC (an undercover intelligence operative without diplomatic immunity) and walks around like nothing has happened. Valerie Plame’s outing ruined an entire operation that probably had dozens of people connected to intelligence gathering on real WMD.

What I heard on CNN – Wolf Blitzer’s Situation Room – from Larry Johnson, who is former CIA in Counter-Terrorism, says that serious damage was done to our national security. This leaves us more vulnerable. Treason.

I believe it was Whitman who said, “Do I contradict myself? Very well then, I contradict myself. I am large. I contain multitudes.” I can be for peace, have friends who are warriors, and mourn the loss of soldiers who have given their lives in my name.

I really, really try to meet in the middle and find common ground. We have to learn to do this if we are ever to build a united and sustainable peace. We won’t all think alike, ever. I get as frustrated with folks who can’t attend a vigil for American Soldiers unless it is for all war dead as I do with folks who are pro-war. It is okay in my book to honor the people who were willing to give their lives to protect our freedoms. What I am not okay with is abuse of these noble folks. Bush put these folks in harm’s way for personal, corporate, and political reasons… not for national security. I am outraged by that.

I’m on my way to a vigil. I am hurt by all deaths. I know what it’s like to be in a miliary family, too. I’m taking the names of the Arizona soldiers killed in Iraq to the vigil with me to read if that is okay with the organizer.

Previous Post: « Tucson Rape Victim Dened Emergency Contraception
Next Post: The 50 Arizona Servicemen and Women Who Have Lost Their Lives in Iraq »