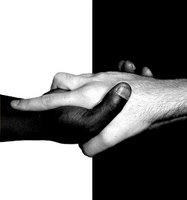 I received in the inbox this a.m. from a sister organizer in FL:

I’m sending this out in hopes of generating enough attention that the hate mongering cowards will run away like rats or cockroaches in the light.

Previous Post: « Raging Granny Round Up — From Sea to Shining Sea (and in the Desert Too!)
Next Post: The Emperor Has No Clothes »