Went to see Moonalice at The Hut on 4th Avenue Saturday Night.  Damn good musicians, damn fine crowd and damn the torpedos, full speed ahead  social marketing experiment! Okay, to read much further you will have to acknowledge that not all baby boomers are evil nor are they all they all socio-tech illiterates.  Unlike the Saturday Night Live overview of a week ago insinuated, these boomers do not need anyone to tell them what iTunes is.  And speaking of SNL, a former/occasional/whatever Moonalice member was a the SNL bandleader for quite a while. These boomers have been turning on amps, tuning in their audiences, and dropping out tunes with the likes of Jefferson Starship, Bob Dylan, Jerry Garcia…. and on the way were investing in Google and Facebook early on, and are most generously gifting Wikipedia on a grand scale.

The power of the boomers (who are currently peaking at age 54 – height of the baby boom was 1957) may well only now be coming into season as the Late Boomers, roughly those born 1956 to 1964, who were the neglected largest half of the boom, we are talking temporal halves here, ok?   But this same group was also the subject of a book called Generation X. So the age group, cohort so to speak, are likely to be major players who are only now coming into second careers or early retirement. 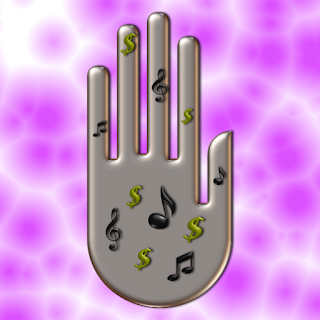 Here I’m reminded of The Who’s, Won’t Get Fooled Again. The late boomers came of age and entered adulthood as rock shattered into plethora of proto-genres, as they began trying to find a foothold in an economy that  thwarted them at every turn.  The yuppies of the “me” generation were not so much greedy as simply far more aware of what the purveyors and power brokers of the last days of the 20th Century’s “bigger is better” mindset does to individuals.  Heck and gosh, they’d been living with it all their lives: never enough desks in the classroom for them, marketing targeted at them from the cradle on, eco-disasters as a part of life, wars up close and personal on the teevee every night … all these and much, much more created the mindset of the last half of the baby boom.  Pardon them for being a bit cynically and skeptically in your face about it.

The hippie ideology of the first half of the baby boom, leading edge boomers, is melding with the tactical knowledge of the late boomers. Age allows the collapsing of these distinct cohorts into a generation for the first time in their lives though the rest of the World has referred to them as a unified group since at least the late 1970s when the term “Baby Boomers” began to be used.

All this was realignment of cultural semiotics was made “perfectly clear,” to borrow a “Tricky Dick” phrase, last evening when I watched, listened, and danced to the music of Moonalice [each member  listed with one of their more famous gigs;  Roger McNamee (T. Rowe Price,) Ann McNamee (Flying Other Brothers), Pete Sears (Jefferson Starship,) Barry Sless (David Nelson Band,) John Molo (Bruce Hornsby and the Range)] and the last couple days of research didn’t hurt either.  Blogging note:  Research is good.  Action note: The revolution can be finished and podcasted, if not televised if the late boomers and early boomers combine forces for the good of human kind.  Rock, all sizes and shapes of it,  is our soundtrack! Okay back to the intriguing business aspects of Moonalice.

Roger McNamee is creating a different (as in “and now for something completely different”) model of music making, performing, recording and playing that is a far more cooperative venture than anything the music industry would have ever tolerated.  This is good.  New types of organization require resources and advocates with influence.  McNamee is commenting on the corporate system itself, and, since he is an acknowledged master of at least some components of that system, and in the end this is one of the reasons I am intrigued by Moonalice.  While the musical ability of all the members will bowl you over whether or not you’ve had a bowl, the core of a revolution is contained within the marketing and relationship of all the participants to the ideology.  This new music model is build on relationship — and that is more than just buying a ticket to watch or listen at some huge arena.